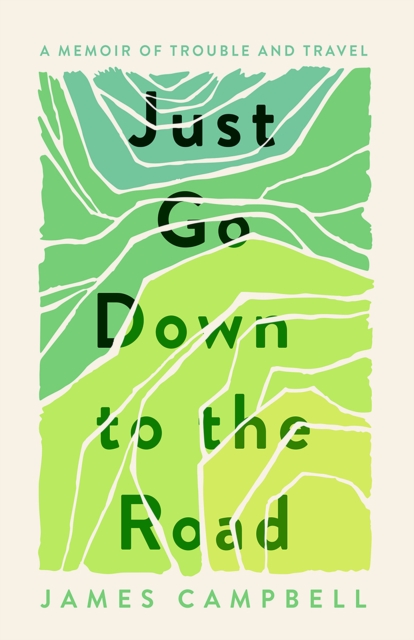 Just Go Down to the Road : A Memoir of Trouble and Travel

The story begins with Campbell, aged 14, in a police cell in Glasgow. He’s been charged with stealing books – five Mickey Spillane novels and a copy of Peyton Place. At 15, he became an apprentice printer, but gave that up in order to ‘go on the road’, fulfilling the only ambition he ever had while a pupil at King’s Park Secondary School in Glasgow – to be what RLS called ‘a bit of a vagabond’.

On his hitchhiking journeys through Asia and North Africa, an interest in music, reading and writing grew. Campbell also took a keen interest in learning from interesting people. In 1972 he worked on a kibbutz, living in the neighbouring cabin to Peter Green, the founder and lead guitarist of Fleetwood Mac, with whom he formed a two-man musical combo. At the same time, he was part of a group of aspiring writers in Glasgow, including Tom Leonard. His literary heroes of the time were Alexander Trocchi and John Fowles: Campbell tracked them down to their homes and wrote extensively about both. The stories Campbell are recounted in this book.

A crowning moment of his life was forming a friendship with the American writer James Baldwin. Campbell visited him more than once at his home in the South of France, and persuaded him to come to Edinburgh for the Book Festival in 1985. Campbell later wrote the acclaimed biography of Baldwin, Talking at the Gates.