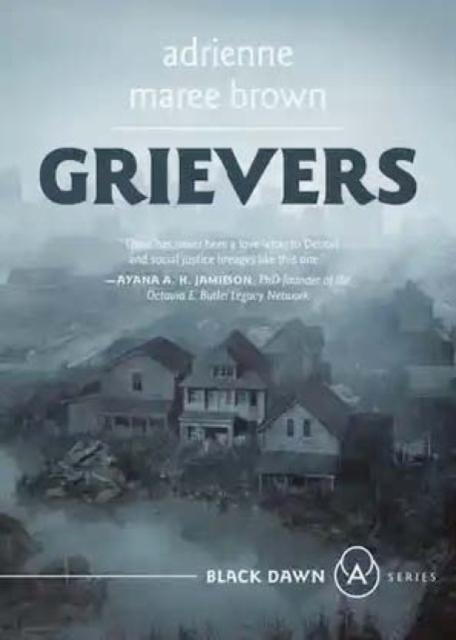 brown, adrienne maree More by this author...£12.00Out of stock
Share:

A tale of what happens when we can no longer ignore what has been lost in this world.

Grievers is the story of a city so plagued by grief that it can no longer function.

Dune's mother is patient zero of a mysterious illness that stops people in their tracks--in mid-sentence, mid-action, mid-life--casting them into a nonresponsive state from which no one recovers. Dune must navigate poverty and the loss of her mother as Detroit's hospitals, morgues, and graveyards begin to overflow. As the quarantined city slowly empties of life, she investigates what caused the plague, and what might end it, following in the footsteps of her late researcher father, who has a physical model of Detroit's history and losses set up in their basement. She dusts it off and begins tracking the sick and dying, discovering patterns, finding comrades in curiosity, conspiracies for the fertile ground of the city, and the unexpected magic that emerges when the debt of grief is cleared.