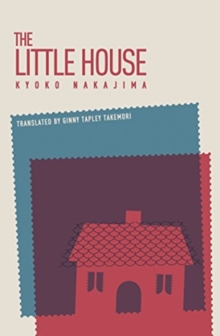 The Little House is set in the early years of the Showa era (1926-89), when Japan's situation is becoming increasingly tense but has not yet fully immersed in a wartime footing. On the outskirts of Tokyo, near a station on a private train line, stands a modest European style house with a red, triangular shaped roof. There a woman named Taki has worked as a maidservant in the house and lived with its owners, the Hirai family. Now, near the end of her life, Taki is writing down in a notebook her nostalgic memories of the time spent living in the house. Her journal captures the refined middle-class life of the time from her gentle perspective. At the end of the novel, however, a startling final chapter is added. The chapter brings to light, after Taki's death, a fact not described in her notebook. This suddenly transforms the world that had been viewed through the lens of a nostalgic memoir, so that a dramatic, flesh-and-blood story takes shape. Nakajima manages to combine skillful dialogue with a dazzling ending. The result is a polished, masterful work fully deserving of the Naoki Prize.