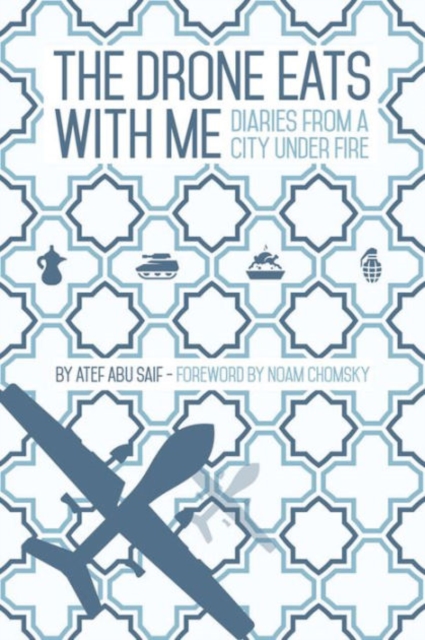 The Drone Eats with Me : Diaries from a City Under Fire

Foreword by Noam Chomsky. Illustrations by Janice Hickman. On 7 July 2014, in an apparent response to the murder of three teenagers, Israel launched a major offensive against the Gaza Strip, lasting 51 days, killing 2145 Palestinians (578 of them children), injuring over 11,000, and demolishing 17,200 homes. The global outcry at this collective punishment of an already persecuted people was followed by widespread astonishment at the pro-Israeli bias of Western media coverage. The usual news machine rolled up, and the same distressing images and entrenched political rhetoric were broadcast, yet almost nothing was reported of the on-going lives of ordinary Gazans the real victims of the war. One of the few voices to make it out was that of Atef Abu Saif, a writer and teacher from Jabalia Refugee Camp, whose eye-witness accounts (published in The Guardian, The New York Times, and elsewhere) offered a rare window into the conflict for Western readers. Here, Atef s complete diaries of the war allow us to witness the full extent of last summer s atrocities from the most humble of perspectives: that of a young father, fearing for his family s safety, trying to stay sane in an insanely one-sided war.