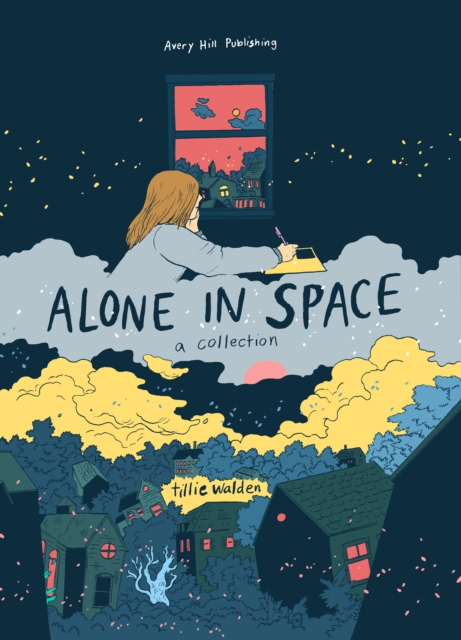 Alone In Space - A Collection

Alone In Space compiles award-winning cartoonist Tillie Walden’s short comics into a stunning and comprehensive collection of the early work which shot her to fame on both sides of the Atlantic.

We start with Tillie’s first published comic The End of Summer, in which Lars battles illness in a secluded castle at the start of an endless winter with a giant cat to keep him company amid mounting family tensions. Also featured are I Love This Part - Tillie’s bittersweet breakout story of small-town teen romance, and A City Inside - a study of growth and adulthood through a surreal and poetic recounting of one woman’s life.

Also included are never-before collected early sketches, prints, webcomics, and short stories from magazines, such as What It’s Like To Be Gay In An All-Girls Middle School.

If Tillie Walden is the future of comics, then the future starts here.