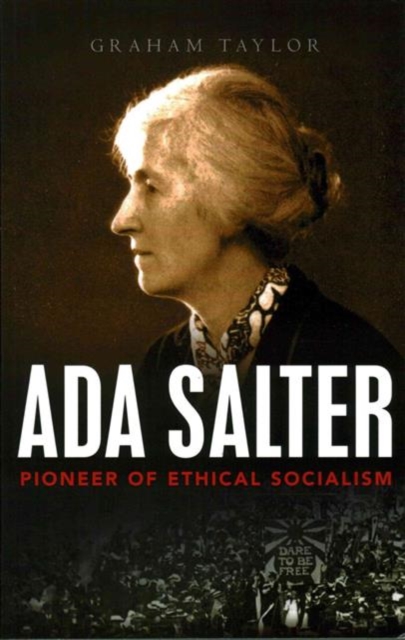 Ada Salter's pioneering role in the socialist politics of the early twentieth century has, in past accounts of the period, been marginalised in favour of the work of her husband Dr Alfred Salter. Yet years before the 'Bermondsey Revolution' Ada had worked out nearly all of its ideas from her experience in the women's movement and as President of the Women's Labour League. Afterwards, it was Ada on the LCC who spread ground-breaking ideas on urban development all over London and, as Chair of the National Gardens Guild, all over Britain. By foregrounding Ada - more rooted in the movement than her husband - Graham Taylor is better able to explore and interpret 'ethical socialism' and the revolutionary work of this remarkable woman, both previously overlooked. He shows how Ada's experiences as a 'Sister of the People' in the London slums led her to Keir Hardie's ILP, and to the belief that achieving democracy and social justice in Britain required a grassroots alliance between the labour and women's movements. Although other women in the ILP had similar ideas, only Ada actually took political power, implemented her derided 'utopian' ideas, and won elections by huge majorities. Based on original research, including unpublished memoirs, the author argues that successful social revolutions percolate upwards from grassroots activity in local communities to the highest reaches of government. In that way Ada's ethical socialism brought her into alliance with Ramsay Macdonald, Herbert Morrison and Bertrand Russell, and into conflict with Churchill, Asquith and Lenin. Finally, the author shows how the ideas of ethical socialism have now returned to contemporary politics. Finally, the author shows how the ideas of ethical socialism have now returned to contemporary politics, making Ada Salter a remarkable figure of topical historical interest.