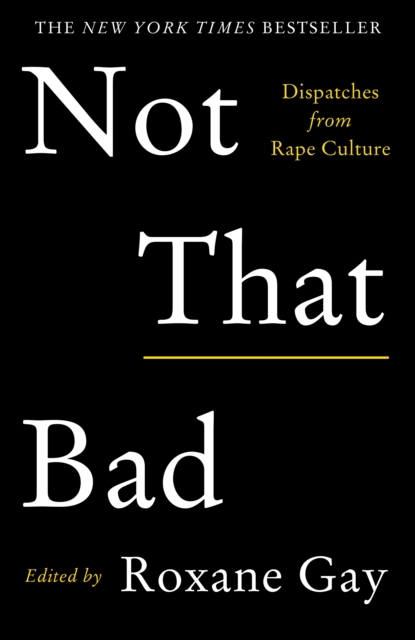 Not That Bad : Dispatches from Rape Culture

Edited and with an introduction by Roxane Gay, the New York Times bestselling and deeply beloved author of Bad Feminist and Hunger, this anthology of first-person essays tackles rape, assault, and harassment head-on.

In this valuable and timely anthology, cultural critic and bestselling author Roxane Gay collects original and previously published pieces that address what it means to live in a world where women have to measure the harassment, violence and aggression they face, and where sexual-abuse survivors are 'routinely second-guessed, blown off, discredited, denigrated, besmirched, belittled, patronized, mocked, shamed, gaslit, insulted, bullied' for speaking out. Highlighting the stories of well-known actors, writers and experts, as well as new voices being published for the first time, Not That Bad covers a wide range of topics and experiences, from an exploration of the rape epidemic embedded in the refugee crisis to first-person accounts of child molestation and street harrassment.

Often deeply personal and always unflinchingly honest, this provocative collection both reflects the world we live in and offers a call to arms insisting that 'not that bad' must no longer be good enough.