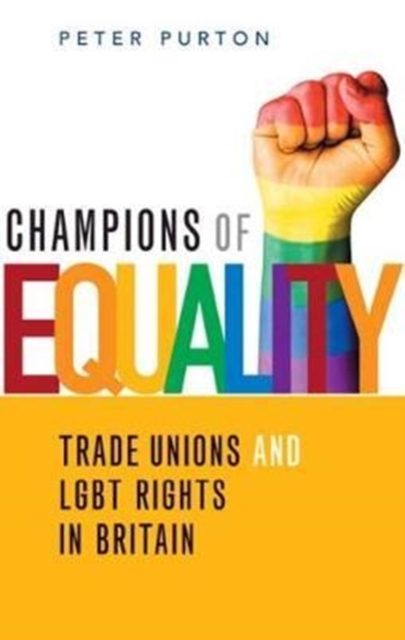 Champions of Equality : Trade unions and LGBT rights in Britain

There is a big hole in the history of the LGBT movement in Britain. Each step towards equality for LGBT people, every positive move in public opinion, was the result of campaigning. But while individuals and lobby groups loudly promote their role in the victories, one major player has been written out of this history: the unions.

This book fills the gap. From the first strike action organised by trade union members to save the job of a victimised gay colleague in the 1970s, through the mutual solidarity of Lesbians and Gays Support the Miners, to the Trades Union Congress taking the initiative to save London Pride in 2012, and much more, trade unions have contributed immensely to the successes achieved, all the while protecting jobs and securing equality for thousands of LGBT working people. Peter Purton was the TUC's first LGBT officer.

His book, of interest to everyone interested in equality and trade union history, reveals how LGBT trade union members organised to win recognition, then support, and how trade unions supported the struggles of LGBT communities in Britain and across the world. This is an inspiring tale, and in the dangerous world of the twenty-first century, it is a warning call to the LGBT community and those supporting it, to wake up to new threats, to remember how past victories were achieved. The labour movement has much potential as an active participant in the unfinished fight for equality, but this book shows the need for mutual engagement to make change possible.