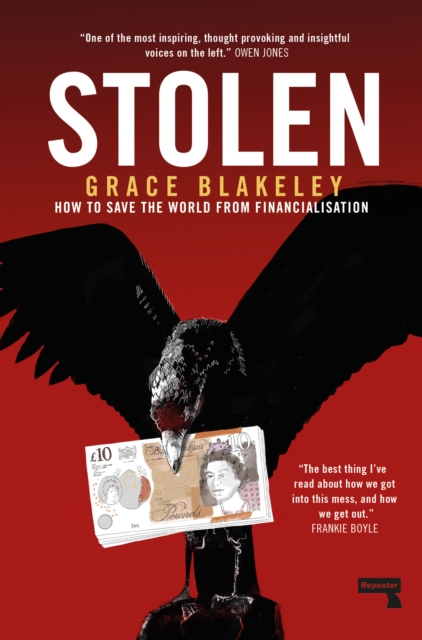 Stolen : How to Save the World from Financialisation

The last time there had been run a on a British bank was 1886, when Overend, Gurney and Company folded after their appeals to the Bank of England for support fell on deaf ears. Then, in 2008, on the brink of collapse after lending too much money to mortgage-hungry customers, Northern Rock was saved in the largest bank bail-out in history.

But why, over one hundred years later, did the Bank of England change tack and intervene? The answer is that, in the years between 1886 and 2008, the UK economy had transformed, and was now more reliant on banks than ever before -- without them, almost every area of economic activity would have ground to a halt. This signifies a fundamental change in the UK's economic model, and this fundamental change has a name- financialisation. Stolentells the story of how and why this financialisation occurred, what it means for our society and politics, and what the left can do to fight it. At present, the odds are stacked against labour and in favour of finance capital. But what follows it will be determined by which group - the many or the few - manages to take power in this moment of crisis. How we understand this moment, and what we do with it, will determine the course of the future.