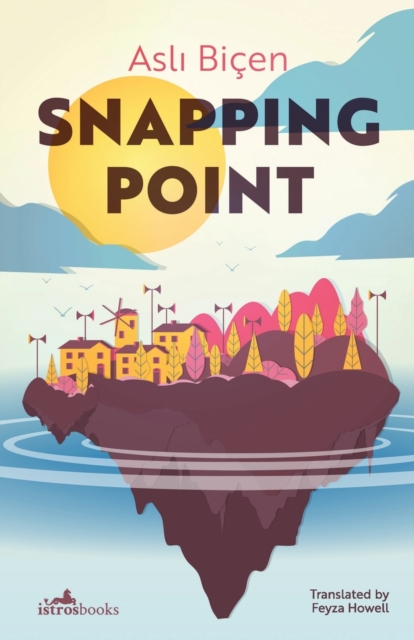 'But for that slender connection with the mainland, Andalıç would have been a regular island, ' says the narrator in the opening chapter of this deliciously multi-layered novel. And it would have been an ordinary story about love and loss, if it weren't for the earthquake that unexpectedly sets the landmass afloat on the Aegean, kindling a series of increasingly oppressive measures by the authorities; ostensibly to keep public order.

As Andalıç drifts between Greece and Turkey, things get from bad to worse, until eventually our heroes, Cemal and Jülide, join the growing resistance, and even nature lends a helping hand, offering a secret underground system that plays its part in ousting the tyranny. What starts as the realistic tale of a charming provincial town develops into a richly detailed political novel in a fantastic setting. Biçen's dreamy language weaves a flowing style that transports the reader into every nook and cranny of Andalıç and the crystal-clear waters of the Aegean; her metaphors are imaginative, her observations insightful, and her descriptions melodious.