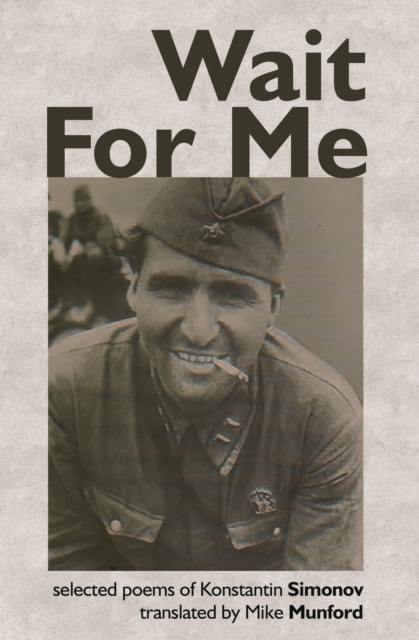 Konstantin Mikhailovich Simonov (1915-1979) was a Soviet novelist, playwright, editor and poet. During the Second World War he was a correspondent for the Red Army newspaper Red Star and reported on the liberation of Romania, Bulgaria, Yugoslavia, Poland and Germany; he was present at the fall of Berlin. During the war he wrote two books of poems, War and With You and Without You, which contained a series of love poems addressed to his wife, the actress Valentina Serova. One of these, Жди меня ('Wait for Me') is still one of the most popular Russian poems of all time. First published in Pravda in February 1942, when the Germans were outside Moscow, the poem became immediately popular with Soviet soldiers, many of whom learned it off by heart, or copied it in letters to wives and girlfriends. The composer Aleksandr Lokshin wrote a symphonic poem based on the poem. After the War Simonov worked as a diplomat in Japan, the US and China, then as Pravda reporter in Tashkent. He was chief editor of Novy Mir from 1946-50 and 1954-58 and of Literaturnaya Gazetta from 1950-53. He was secretary of the Union of Writers from 1967-79.