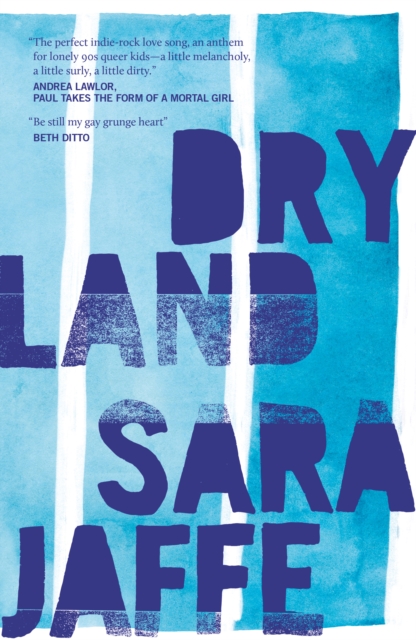 It's 1992 in Portland, Oregon. Fifteen-year-old Julie Winter moves through her days as if underwater - watching skaters through the constant rain, detached from her best friend's crushes, listening to the same B-side REM song on repeat. The rest of the world is caught up in the AIDS crisis, the war in Yugoslavia, and grunge. But to Julie it's all background. No one at home talks about her older brother, a once-champion swimmer who could be living in Berlin, or could be anywhere. And although she spends her time searching for pictures of him in the pages of Swimmer's World magazine, she'd never considered swimming herself. Until Alexis, captain of the swimming team, tries to recruit her. What starts as a flirtation and an infatuation becomes a chance to join in with the world, find out what really happened to her brother, or finally let him go. Yearning, stifled, and sharp, Dryland is an anti-coming out novel that captures gauzy queer exploration at its quietest and its most loud.