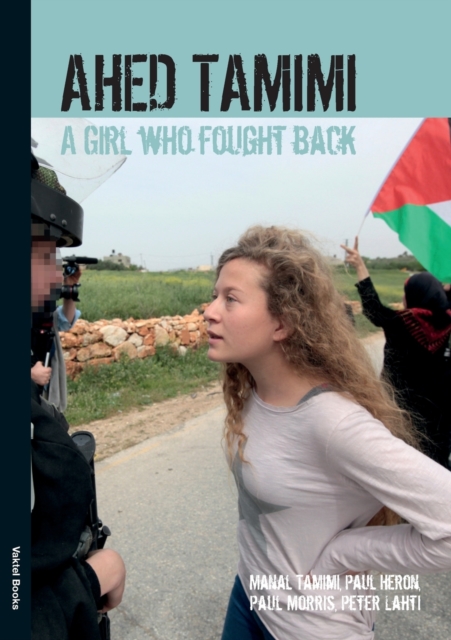 In December 2017, a video clip from palestine went viral. Millions felt they had to watch a strange and uneven dispute. On one side were two male, fully armed, uniformed soldiers, and, on the other, two girls, dressed in every-day clothing. The soldiers belong to an occupation army from a foreign country. The girls tell them to leave the familys garden. But the soldiers refuse to leave. One soldier tries to push away the youngest of the girls, 16-year-old Ahed Tamimi. Ahed reacts quickly, strikes back at the soldier, and slaps him. Four days later, the whole world is shocked to see Ahed sent to a military prison inside Israel, for that slap.

When Aheds mother, Nariman complained, she was arrested and imprisoned too. This is the story of Ahed Tamimi. Who unintentionally, has become a world-wide symbol of self-esteem in the face of oppression. The book also reveals the plight of hundreds of child political prisoners held in Israeli military prisons. Aheds fate is that of a young Palestinian, but she gives courage and hope to anyone, who, anywhere in the world needs to find the strength to stand up against wrong-doing and call out: Stop! No more! As Ahed herself says: Right now, injustice is happening all across the world. We should extend our struggles to one another in order to end all of the worlds injustices. We are all victims of some kind of occupation. We wont let anyone suffer alone.