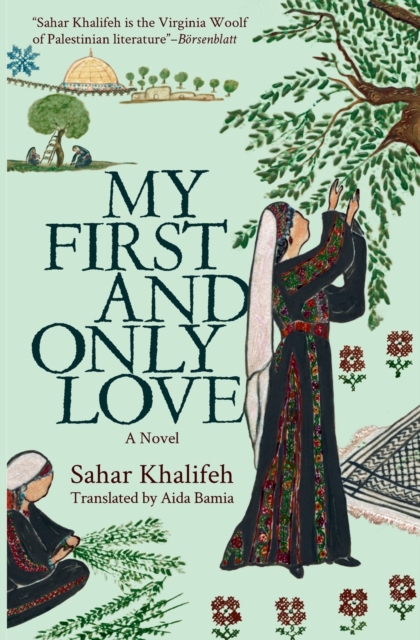 My First and Only Love

A deeply poetic account of love and resistance through a young girl's eyes by acclaimed writer, Sahar Khalifeh, called the Virginia Woolf of Palestinian literature" (Börsenblatt)

Nidal, after many decades of restless exile, returns to her family home in Nablus, where she had lived with her grandmother before the 1948 Nakba that scattered her family across the globe. She was a young girl when the popular resistance began and, through the bloodshed and bitter struggle, Nidal fell in love with freedom fighter Rabie. He was her first and only real love--him and all that he represented: Palestine in its youth, the resistance fighters in the hills, the nation as embodied in her family home and in the land.

Many years later, Nidal and Rabie meet, and he encourages her to read her uncle Amin's memoirs. She immerses herself in the details of her family and national past and discovers the secret history of her absent mother.

Filled with emotional urgency and political immediacy, Sahar Khalifeh spins an epic tale reaching from the final days of the British Mandate to today with clear-eyed realism and great imagination.