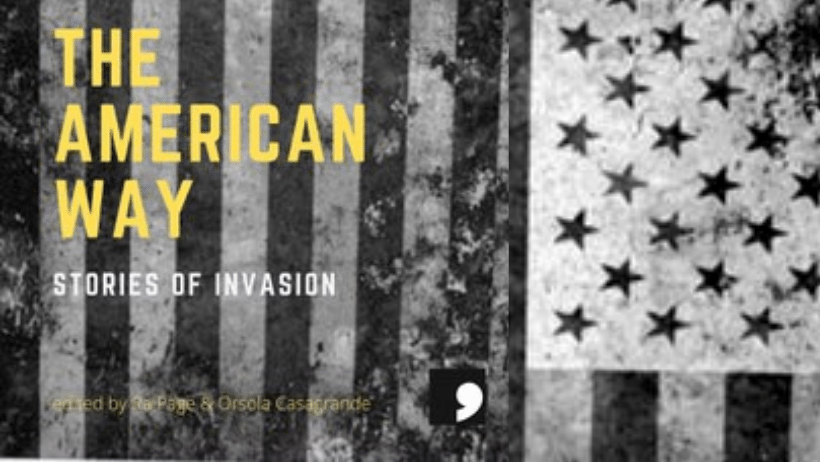 A highlight of Independent Bookshop Week, we're thrilled to collaborate with one our favourite indie presses - Comma - for this vital and timely event.

After four years of Trump, America seems set to return to political normality. But for much of the rest of the world, that normality is a horror story: 75 years of US-led invasions, CIA-sponsored coups, election interference, stay-behind networks, rendition, and weapons testing... all in the name of Pax America, the world’s police. If you are not an ally of the US, in this ‘normality’, your country can find its democratic processes undermined and its economic wellbeing conditioned upon returning to the fold. If you’re not strategically important to the US, you can find yourself its dumping ground.

This new anthology re-examines this history with stories that explore the human cost of these interventions on foreign soil, by writers from that soil. From nuclear testing in the Pacific, to human testing of CIA torture tactics, from coups in Latin America, to all-out invasions in the Middle and Far East; the atrocities that follow are often dismissed in history books as inevitable in the ‘fog of war’.

By presenting them from indigenous, grassroots perspectives, accompanied by afterwords by the historians that consulted on them, this book attempts to bring some clarity back to that history.

Our own Noor Hemani chairs this event with the anthologies editors Ra Page and Orsola Casagrande, alongside contributor Bina Shah.