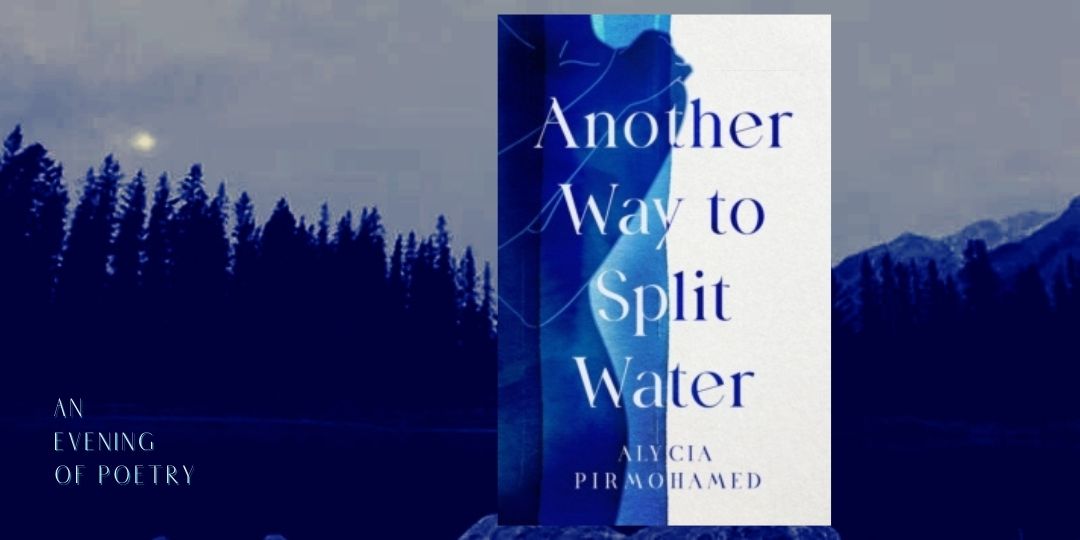 We could not be more thrilled to launch the debut collection from Edwin Morgan Poetry Award winner Alycia Pirmohamed!

Another Way to Split Water is a collection that has been evolving over many years. It is a book that captures many different versions of who the poet is now and who she has been formerly.

The work within these pages is an homage to family – to how identity reforms and transforms throughout generations, through stories told and retold, imagined and reimagined. Perhaps most strikingly, this collection employs figurations of the natural world to reflect on themes of language, distance, migration, belonging, faith, grief, and intimacy.

In Another Way to Split Water, a woman’s body expands and contracts across the page, fog uncoils at the fringes of a forest, and water in all its forms cascades into metaphors of longing and separation just as often as it signals inheritance, revival, and recuperation. Language unfolds into unforgettable and arresting imagery, offering a map toward self-understanding that is deeply rooted in place.

We can't wait to celebrate the first outing of this formidable collection, by a tremendously gifted writer. Alycia will be joined by fellow poets including Andrés N. Ordorica and Cynthia Miller for a special night of poetry.

Alongside Another Way to Split Water Alycia Pirmohamed is the author of several chapbooks including Hinge (ignitionpress), Faces that Fled the Wind (BOAAT Press), and the collaborative essay 'Second Memory', co-authored by Pratyusha (Guillemot Press and Baseline Press).

In 2020, she won the Edwin Morgan Poetry Award. Find her online at alycia-pirmohamed.com and on twitter @a_pirmohamed.

Andrés N. Ordorica is a queer Latinx writer based in Edinburgh. His writing attempts to map the journey of his diasporic experience and unpack what it means to be from ni de aquí, ni de allá. His debut poetry collection, At Least This I Know, is published with 404 Ink.

Cynthia Miller is a Malaysian-American poet, festival producer and strategist living in Edinburgh. Her debut collection, HONORIFICS, was shortlisted for the Seamus Heaney Prize and the Forward Prize for Best First Collection, and longlisted for the Jhalak Prize. Her poems have appeared in The Rialto, Ambit, the Telegraph and Poetry Birmingham Literary Journal.