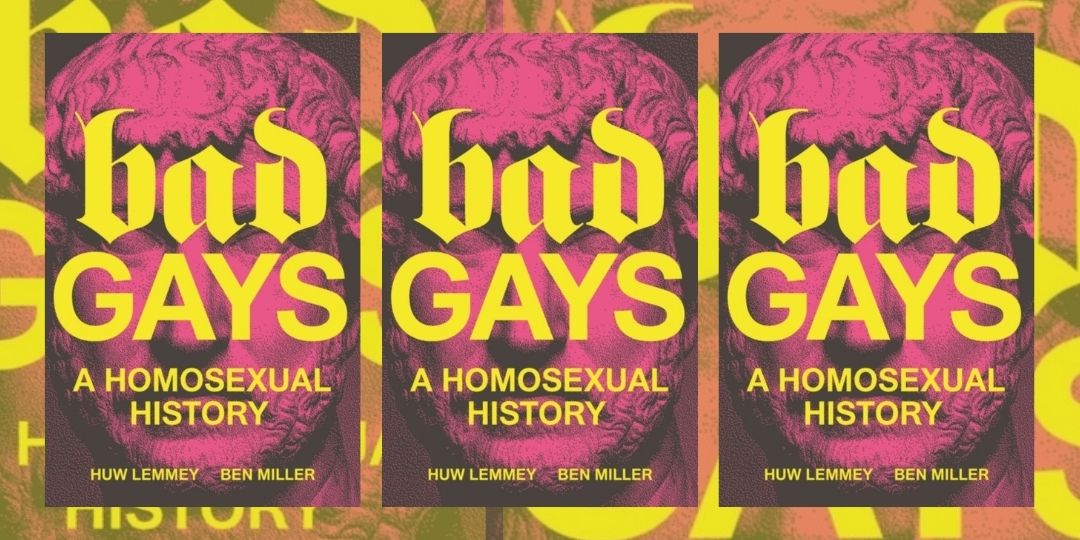 From your favourite podcast about nefarious nellies and evil twinks comes a provocative new history, and we are tickled pink to host the Edinburgh launch!!

Too many popular histories seek to establish heroes, pioneers and martyrs but as Huw Lemmey and Ben Miller argue, the past is filled with queer people whose sexualities and/or dastardly deeds have been overlooked.

We all remember Oscar Wilde, but who speaks for Bosie? What about those 'bad gays' whose un-exemplary lives reveals more than we might expect?

Part-revisionist history, part-historical biography and based on the hugely popular podcast series, Bad Gays subverts the notion of gay icons and queer heroes and asks what we can learn about LGBTQ history, sexuality and identity through its villains and baddies. From the Emperor Hadrian to notorious gangster Ronnie Kray, the authors excavate the buried history of queer lives.

This includes fascist thugs, famous artists, austere puritans and debauched bon viveurs, Imperialists, G-men and architects. Together these amazing life stories expand and challenge the mainstream assumptions of sexual identity. They show that homosexuality itself was an idea that emerged in the nineteenth century and that its interpretation has been central to major historical moments of conflict from the ruptures of Weimar Republic to red-baiting in Cold War America.

Join us for an evening as amusing, disturbing and fascinating as the book, hosted by Edinburgh's own Eris Young.