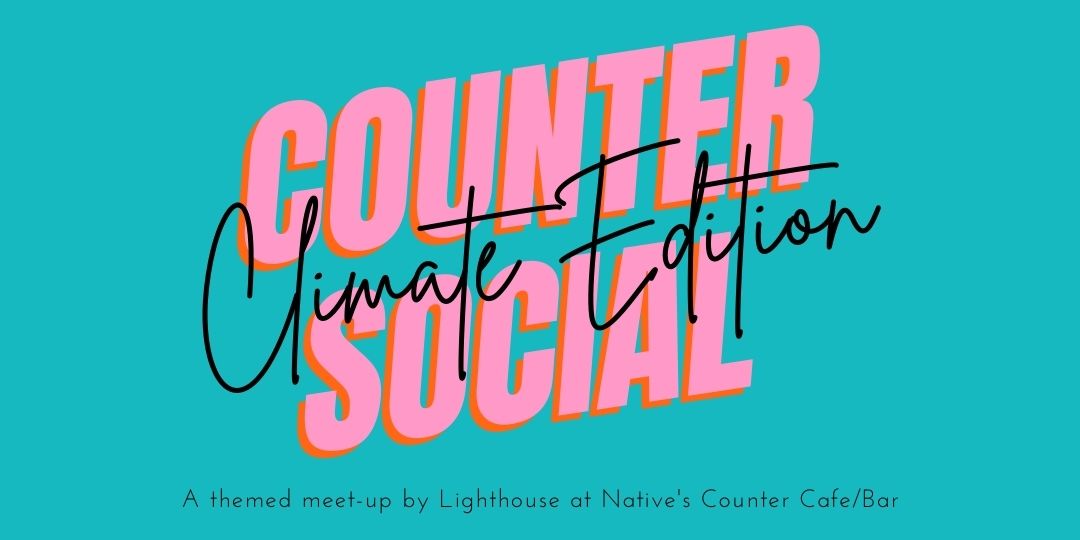 *Please note this event will not be live streamed*

Like chatting books and ideas, but not into book clubs?

Want to meet folk interested in exploring the same worlds as you but not sure where to find them?

Counter Socials are the not-a-book-club bookshop run social that's just the thing for you!

We'll be gathering over at the Counter cafe/bar in Native (on Queen Street) once a month to have a chat and make new pals. Each month we'll have a theme and a few words from a selection of local writers, artists, activists or performers whose work intersects with that topic.

You can rock up with friends for a lit-salon style night out, you can come solo and listen in to the 20-25mins of speakers before being introduced to others in the room or tuck yourself away to read with one of the themed texts we've brought along for you to browse.

Readings/Speakers will kick off at 7.30pm, so there is time to grab a drink or settle down before!

Roshni Gallagheris a poet from Leeds living in Edinburgh. She is co-winner of the Edwin Morgan Poetry Award 2022 and a Scottish Book Trust New Writer's Awardee 2022. Her debut pamphlet Bird Cherry is forthcoming with Verve Poetry Press on February 23rd. In her work, she explores themes of nature, quietness, and memory.

Climate Camp Scotland are an autonomous group organising mass disobedience against fossil fuels and for climate justice in Scotland.

The Stop Cambo campaign is made up of individuals, grassroots groups and organisations across Scotland, the rest of UK and the world who are dedicated to ending all new oil and gas extraction and bringing existing production within safe climate limits.