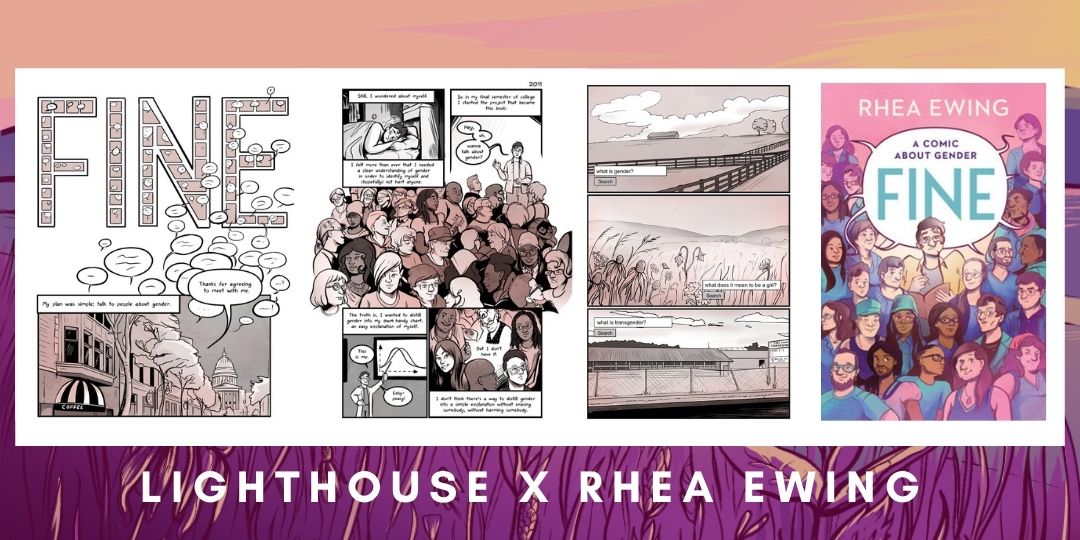 Fans of Alison Bechdel’s Fun Home and Meg-John Barker’s Queer, we have a treat for you!

Rhea Ewing's Fine is a stunning, essential graphic memoir about the intricacies of gender identity and expression - and we're thrilled to announce Rhea is joining us for a Lighthouse launch of the book, hosted by Eve Greenwood!

As Rhea Ewing neared university graduation in 2012, they became consumed by the question: What is gender? This obsession sparked a quest in their quiet Midwest town, where they anxiously approached both friends and strangers for interviews to turn into comics. A decade later, their project has exploded into a fantastical and informative portrait of a surprisingly vast community spread across the America.

Questions such as 'How do you identify?' invited deep and honest accounts of adolescence, taking hormones, changing pronouns—and how these experiences can differ depending on culture, race and religion.

Amidst beautifully rendered scenes emerges Ewing’s own visceral story growing up in rural Kentucky, grappling with their identity as a teenager and ultimately finding themself through art—and by creating something this very fine.