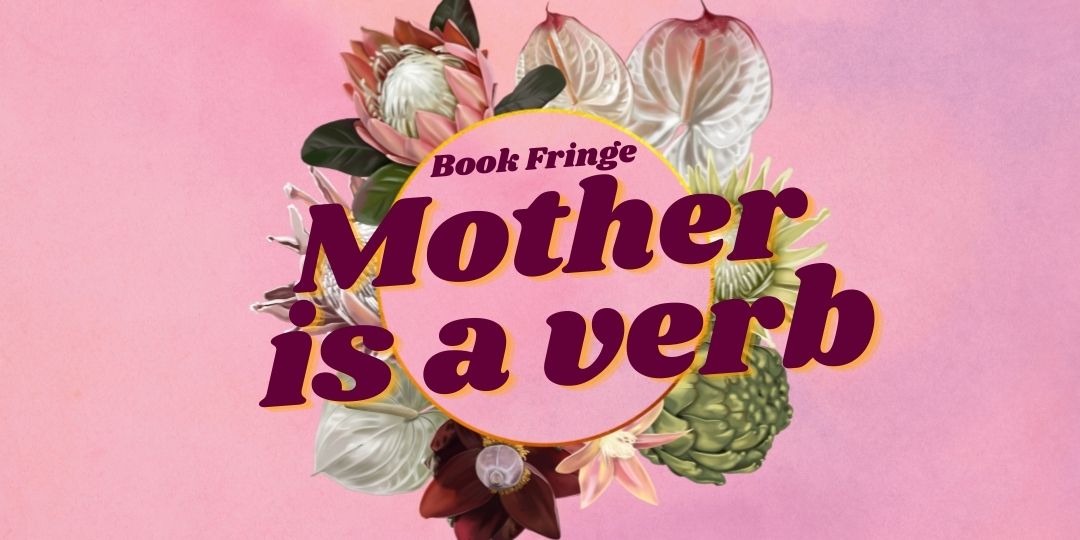 This event is a part of Book Fringe 2022 series. Click to view more from this festival.

*Please note there will be no live stream of this event, instead a recording will be available the day after the event for 2 weeks and emailed to anyone who booked an online ticket*

There may be endlessly different kinds of mothers, but there are even more kinds of mothering. What freedoms of care, love and connection become available when we regard ‘mother’ as a verb? What does it mean for queer family-making, and for all of us who consider motherhood in our lives?

With wit, heaps of emotional intelligence and plenty of humour, these masters of words and wisdom join us to unravel the word ‘mother’ and put it back together again. Together, they share their experiences, explore the politics of mothering and uncover the possibilities of a more inclusive, dynamic and permeable approach to motherhood, and its links to society as well as to the natural world.

This event will include short performances by Josie Long, who has a brilliant new Fringe show at the Monkey Barrel called Re-Enchantment, and readings from Kirsty Logan! Our host for this chat is poet, writer and academic Esa Aldegheri.

This event was originally meant to include poet Erica Gillingham who unfrtunately is no longer able to join us. We look forward to welcoming Erica to the shop soon!

Our speakers and chair:

Josie Long is a multi-award-winning comedian, writer, podcaster, and film-maker. She is a trailblazer of the UK comedy industry, as the first woman to be nominated 3 times for Edinburgh Comedy Award (2010 - 2012). Her 9 critically acclaimed tours showcase her unique and powerfully original voice and have been performed globally to sell-out shows. Her various podcasts and original radio shows have garnered her a world-wide audience of dedicated listeners and multiple awards.

Josie is an avid film-maker, having written and performed in 2 short films and most recently a full-length feature called Super November. She’s been on all the TV channels, and has 2 comedy specials currently streaming. Cara Josephine is available on Amazon Prime, and Something Better is available on Netflix.

Kirsty Logan’s latest work is the Audible Original novel The Sound at the End, an Arctic ghost story. She is also the author of three story collections, two novels, two chapbooks, a short memoir, and collaborative work including ‘Lord Fox’, a live show of spoken word, song and harp music, and ‘The Knife-Thrower’s Wife’, an Angela Carter-inspired album. Her books have won the Lambda, Polari, Saboteur, Scott and Gavin Wallace awards. Her work has been optioned for TV, adapted for stage, recorded for radio and podcasts, exhibited in galleries and distributed from a vintage Wurlitzer cigarette machine.

Esa Aldegheri is a multilingual writer, educator and researcher with a PhD in community education and migration studies. Her non-fiction debut Free to Go (John Murray Press, 2022) moves beyond the parameters of a simple travel narrative to explore different aspects of freedom and borders, both geopolitical and personal. It is a story about travelling from Orkney to New Zealand on a motorbike shared with a willing companion, interwoven with a parallel tale of diminished liberties linked to the author’s experiences of motherhood, Brexit and pandemic restrictions. Esa’s non- fiction writing has also been published by Granta, Gutter Press, the Dangerous Women Project and others. Her poetry has been read on Radio 4 and Radio Scotland and features in several anthologies. She is from Scotland and Italy, and lives with her husband and children by the sea near Edinburgh.

title
Things We Say in the Dark
author
Logan, Kirsty

title
Things We Say in the Dark
author
Logan, Kirsty