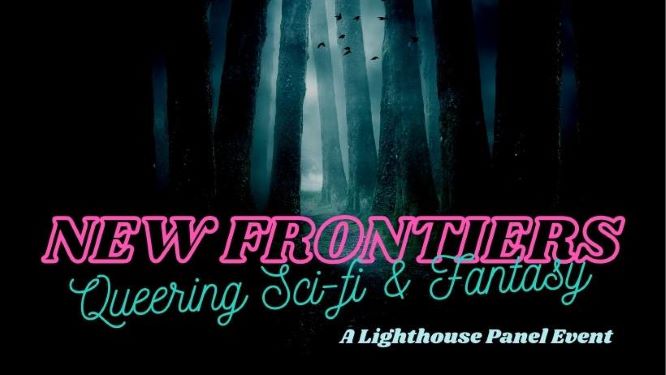 We're thrilled to explore the idea of queer world-building & queering utopia/dystopia with a group of writers who do this so well and so distinctly. What motivates their writing, who are their readers, how did they get their stories out there - are they subverting genre or expanding the boundaries of the mainstream? All this and so much more with Ry Herman, Laura Lam & Celine Frohn, chaired by Jess Brough.

This event is part of both our Pride & our Indie Bookshop Week celebrations.

Celine Frohn is the founder and managing editor of Nyx Publishing, an indie based in Sheffield specialising in queer speculative fiction. She was born and raised in the Netherlands, and moved to the UK to work towards a PhD in English Literature at the University of Sheffield. Her work has included running a book blog for six years, reading slush pile at a romance publisher, and proofreading manuscripts for self-published authors. Besides anything bookish, she loves alternative music, cats, and the colour purple.

Ry Herman’s career path has included stints as the artistic director of the Bloody Unicorn Theater, the submissions editor for a publishing company, and a job that could best be described as typing the number five all day long. In addition to writing novels - Bleeding Hearts & Love Bites - Ry has written plays and musicals which have been variously described as “funny and smart” and “like a fork in the eye”. Ry is bisexual and genderqueer, and is married to a pale goth astrophysicist who otherwise bears no resemblance to any character in a book.

Our Host: Jess Brough runs the Black Unicorns Reading group in collaboration with Lighthouse & Category Is Books in Glasgow. They are a writer, a psycholinguistics PhD student at the University of Edinburgh and the founder of Fringe of Colour – an Edinburgh-based multi-award-winning arts initiative for Black people and People of Colour. Its first online arts festival Fringe of Colour Films took place throughout August 2020 at fringeofcolour.co.uk. Jess has written for gal-dem and The Skinny, and has been published with an essay in The Bi-Bible: New Testimonials and a short story in Scottish literary magazine Extra Teeth and The Best of British Fantasy 2019 anthology. Find them online @Jessica_Brough