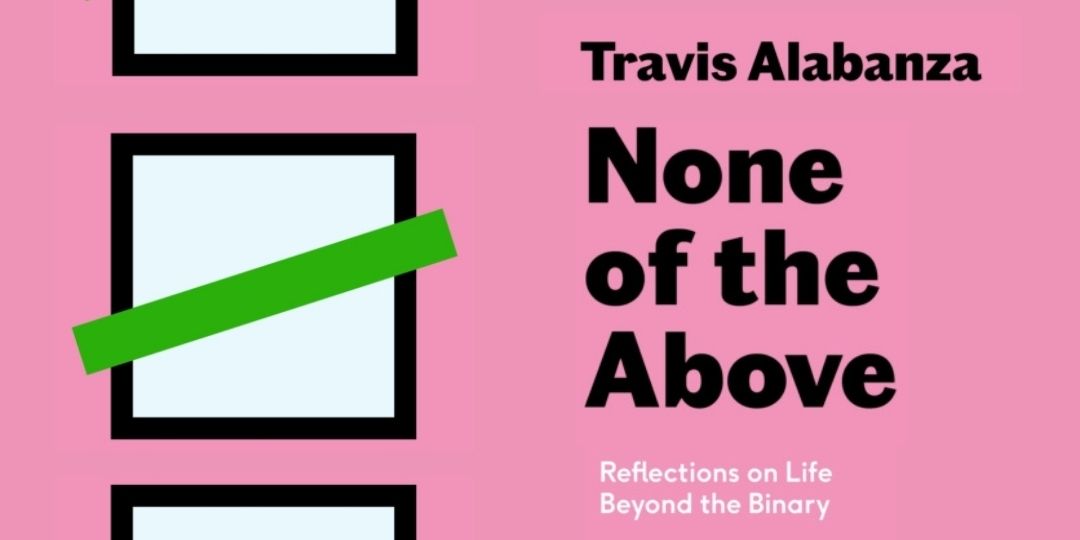 It is with utter delight that we announce a launch for the spectacular Travis Alabanza, whose new book None Of The Above totally blew us away. An extraordinarily talented, award winning writer, performer and theatre maker, Travis is electric - a night with them is an unmissable treat!

'When you are someone that falls outside of categories in so many ways, a lot of things are said to you. And I have had a lot of things said to me.' In None of the Above, Travis Alabanza examines seven sentences people have directed at them about their gender identity. Sentences that have stayed with them; sentences that have impacted them for better and for worse; sentences that speak to the broader issues raised by a world that insists that gender must be a binary. Through these sentences, which include some of their most personal transformative experiences as a Black mixed-race, working-class, non-binary trans person, Travis Alabanza turns a mirror back on society, giving us reason to question the very framework in which we live and the ways we treat each other.

Travis will be in conversation with storyteller and performer Niall Moorjani

"Travis Alabanza writes about gender and it's possibilities with such generosity and ease even the most provocative suggestions start to seem obvious, despite their challenges to society at large. This anti-memoir, which is at times both profound and funny, will make anyone question the stories we tell about ourselves, how we tell them and even who the telling is for" -- Shon Faye, author of THE TRANSGENDER ISSUE

title
None of the Above : Reflections on Life Beyond the Binary
author
Travis Alabanza