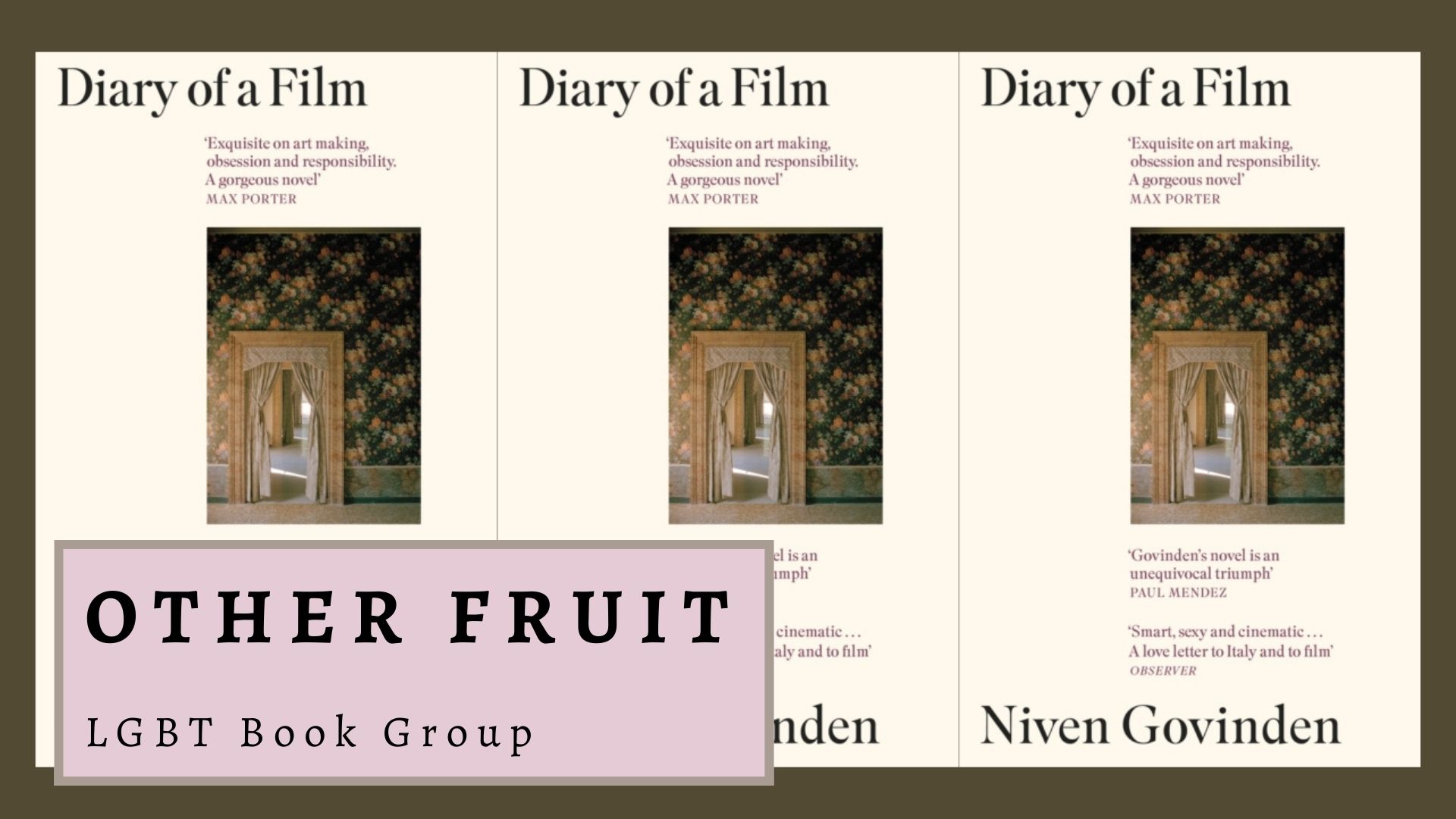 Buy the book below and use your book club discount!

This June, Other Fruit reads Diary of A Film - a novel about cinema, flaneurs and queer love. Come join us for an hour in a chill & welcoming environment, and don't worry if you aren't able to finish the book or don't feel like you have a definitive take!

Get your copy of Diary of A Film below - use code OTHERFRUIT for 10% off!

This bookclub will take place online via Skype - we will email the link to the event on the day.

The Other Fruit Bookclub is run by Lindsay and centers LGBTQ+ books, authors and readers! All are welcome to attend and take part in our discussions, however we ask that if you do not identify at LGBTQ+ you approach the book club as an opportunity for listening and support and give precedence to others in discussion.

An auteur, together with his lead actors, is at a prestigious European festival to premiere his latest film. Alone one morning at a backstreet cafe, he strikes up a conversation with a local woman who takes him on a walk to uncover the city's secrets, historic and personal. As the walk unwinds, a story of love and tragedy emerges, and he begins to see the chance meeting as fate.

He is entranced, wholly clear in his mind: her story must surely form the basis for his next film. This is a novel about cinema, flaneurs, and queer love - it is about the sometimes troubled, sometimes ecstatic creative process, and the toll it takes on its makers. But it is also a novel about stories, and the ongoing question of who has the right to tell them.

'Niven Govinden's Diary of a Film, his sixth novel, is also his best yet. Smart, sexy and cinematic (in many senses), it is a love letter to Italy and to film' Observer

'Immersive . . . This is a wise and skilfully controlled novel that can be read in an afternoon, but which radiates in the mind for much longer' Financial Times