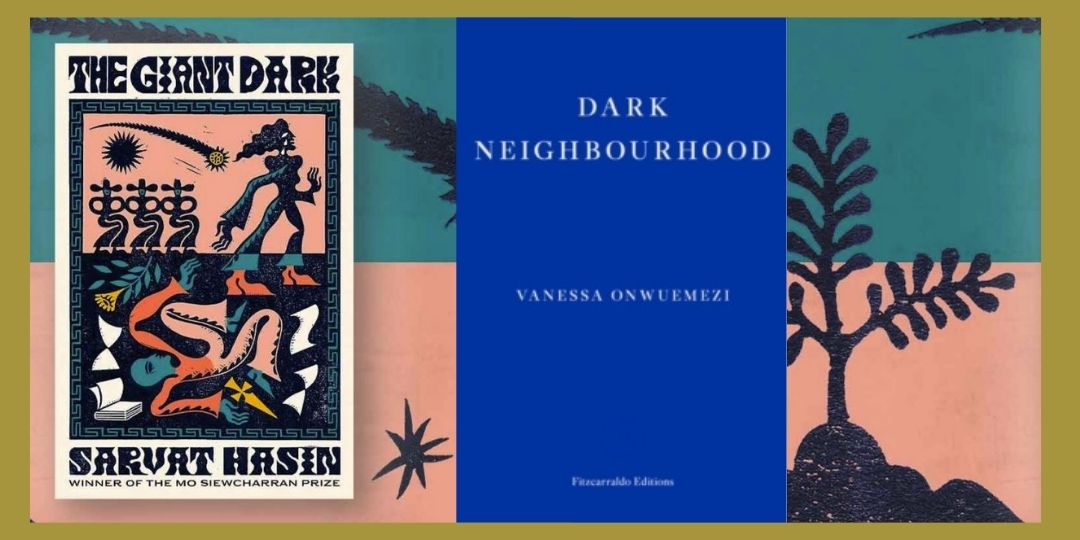 We are thrilled to welcome a daring pair of debut writers to the bookshop, for a celebration of bold storytelling and radical reimaginings!

Recasting the myth of Orpheus and Eurydice through the tale of a tormented rock star retreating into an illicit affair, Sarvat Hasin's The Giant Dark was one of the most audacious novels of the summer.  An edgy, feminist, avant-garde retelling set in the modern world it is narrated by both the characters but also by a chorus of Aida’s fans, who serve as a Greek chorus.

In her brilliantly inventive debut collection, Vanessa Onwuemezi takes readers on a surreal and haunting journey through a landscape on the edge of time. At the border with another world, a line of people wait for the gates to open; on the floor of a lonely room, a Born Winner runs through his life's achievements and losses; in a suburban garden, a man witnesses a murder that pushes him out into the community. Struggling to realize the human ideals of love and freedom, the characters of Dark Neighbourhood roam instead the depths of alienation, loss and shame.

Vanessa Onwuemezi is a writer and poet living in London. Her work has appeared in Prototype, frieze and Five Dials. Her story ‘At the Heart of Things’ won the The White Review Short Story Prize 2019.

Sarvat Hasin is a writer. She grew up in Pakistan and now lives in London and works at the Almeida Theatre. She studied politics and international relations at Royal Holloway and has a Masters in Creative Writing from the University of Oxford. She won the Mo Siewcharran Prize, for unpublished authors from BAME backgrounds, in 2019. Her essays and poetry have appeared in publications such as Outsiders, The Mays Anthology, English PEN, and Harper's Bazaar.

IMPORTANT COVID NOTE: The following will be required for in person attendance: lateral flow tests in advance, social distancing and masks worn throughout the event. Seating will be very limited as we try to keep everyone as safe as possible, but you can always watch online too 😃