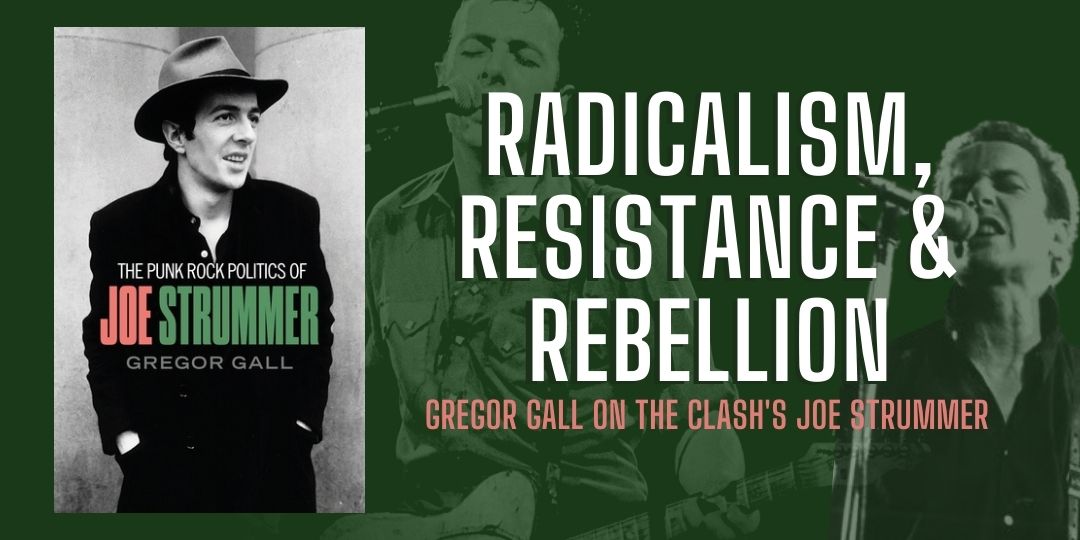 'Ever wondered why UK punk rock was political and US punk rock wasn't? Two words: Joe Strummer. Gregor Gall takes a deep dive into the convictions and contradictions of the legendary Clash front man who tried to walk it like he talked it.' - Billy Bragg, musician, writer and campaigner

Joe Strummer was one of the twentieth century's iconic rock'n'roll rebels.

Frontman, spokesman and chief lyricist for The Clash, Strummer played a major role in politicising a generation through some of the most powerful protest songs of the era, songs like 'White Riot', 'English Civil War' and 'London Calling'. At the heart of this protest was the struggle for social justice and equality.

In The punk rock politics of Joe Strummer Gall examines Strummer's beliefs on a range of issues - alienation, exploitation, multiculturalism and humanism - analysing their credibility, influence and impact, and asks where they came from and how they developed over his lifetime.

Drawing on Strummer's lyrics, various interviews and bootleg recordings, as well as interviews with friends and contemporaries like Billy Bragg, Gall will take readers on a journey through the political influences and motivations that defined one of the UK's greatest punk icons.

Our Speaker: Gregor Gall is a Visiting Professor of Industrial Relations at the University of Glasgow and the University of Leeds. He is a regular contributor to various publications, including The Guardian, Huffington Post and Tribune.