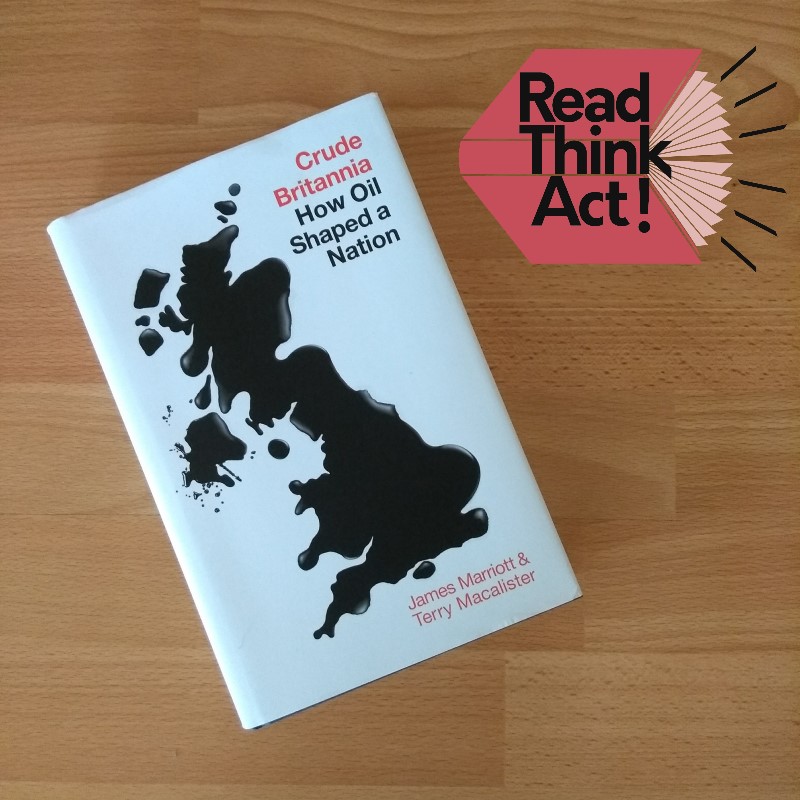 Welcome to #ReadThinkAct, a brand new author interview series at Lighthouse. It's been brewing for a while, and golly are we excited to share it with you.

Read Think Act are short videos which make the connections between books and activism explicit. In each episode, we meet an author and have a conversation about what brought them to an issue, where their book takes us, and what we can do to turn words into action in our communities.

In episode 3 we chat to James Marriott and Terry Macalister, authors of Crude Britannia: How Oil Shaped a Nation. James and Terry talk to Jess about their encounters with communities and generations of lives built around oil, how it has shaped the very fabric of neoliberalism and which powers we urgently need to challenge as citizens and campaigners.

To get involved with the campaign to stop the Cambo oil field (mentioned in the video) visit https://www.stopcambo.org.uk/ and follow the Stop Cambo campaign!

These are some other brilliant groups working to dismantle the fossil fuel industry in Scotland and beyond:

Glasgow Calls out Polluters is tirelessly challenging the influence and presence of polluters at COP26. Join them!