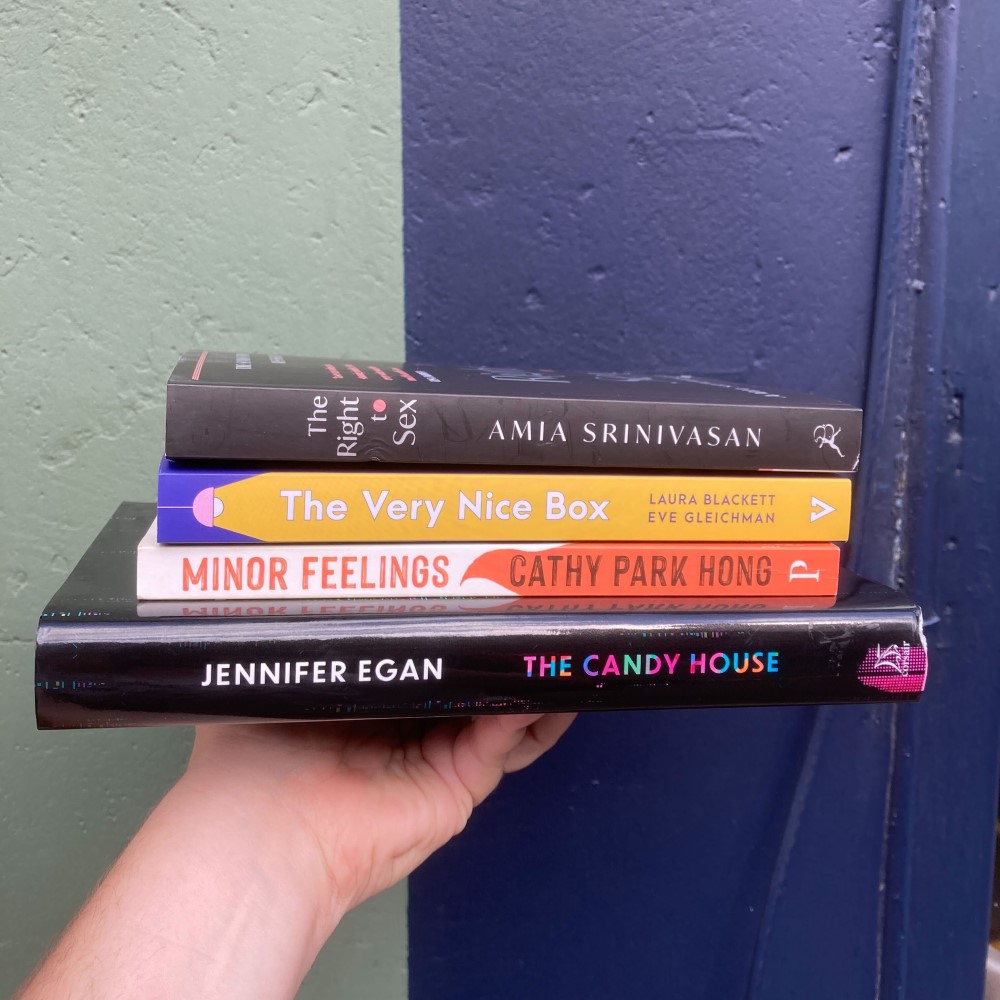 Welcome! You've reached the place where we, on a monthly basis, round up what the Lighthouse team have been reading. You can check out round-ups from previous months amongst our Read Think Actposts.

These are some of this month's highlights!

I just finished Jennifer Egan’s Candy House - she’s such a crisp, clever writer and I hadn't realised how much I missed that mix of great prose and big ideas. It's hugely compelling, would highly recommend for anyone who wants fiction grappling with future of tech/social media/memory. She does something really cool by threading connections between chapters & characters that isn't immediately obvious, kind of reminiscent of David Mitchell.

Also, two essay collections blew my socks off- Minor Feelings by Cathy Park Hong, poetic and raw and funny. Literary criticism meets polemic meets memoir by a Korean-American poet, very good stuff. And Amia Srinivasan's Right to Sex was fascinating. It's great to read feminist philosophy that's grappling with connected issues - porn, violence, consent, sex work - and looking at where theory meets life without being prescriptive. She’s not without opinions of her own, but she’s really good at exploring competing thoughts on an issue, which is rarely done these days. Gave me much to chew on and am sure I'll be rereading!

I recently read and enjoyed the genre defying The Very Nice Box, a bi thriller/workplace satire! Come for the corporate wellness language satire, stay for the deep and painful depictions of grief and for the terrifying twists and turns

Luke de Noronha and Gracie May Bradley's co-written book Against Borders is the imaginative fuel, and license, we need to imagine an existence where citizenship is not the basis of human rights, where we're not reduced to national belonging, and where borders aren't needed to make anyone feel, deceptively, safe. Gracie and Luke visited us in the garden to talk about the book. Video coming soon!

Below you'll find all these, along with other gems the Lighthouse team have been enjoying this month!

title
The House in the Cerulean Sea
author
Klune, Travis