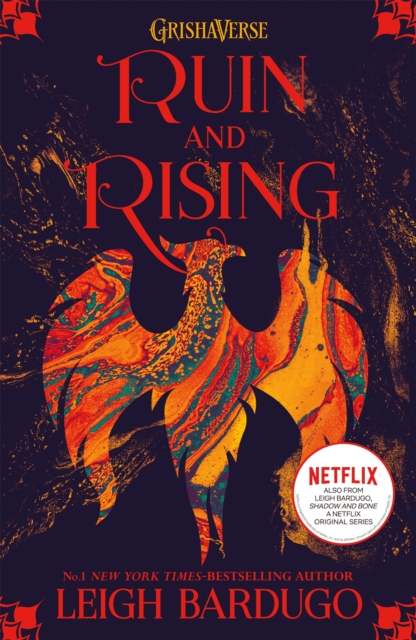 Enter the Grishaverse with book three of the Shadow and Bone Trilogy by number one New York Times-bestselling author Leigh Bardugo. Perfect for fans of Laini Taylor and Sarah J. Maas. Now with a stunning new cover and exclusive bonus material: The Demon in the Wood (a Darkling prequel story) and a Q&A with Leigh Bardugo.

Soldier. Summoner. Saint.The nation's fate rests with a broken Sun Summoner, a disgraced tracker, and the shattered remnants of a once-great magical army. The Darkling rules from his shadow throne while a weakened Alina Starkov recovers from their battle under the dubious protection of the zealots who worship her as a Saint.

Now her hopes lie with the magic of a long-vanished ancient creature and the chance that an outlaw prince still survives. As her allies and enemies race toward war, only Alina stands between her country and a rising tide of darkness that could destroy the world. To win this fight, she must seize a legend's power - but claiming the firebird may be her ruin.