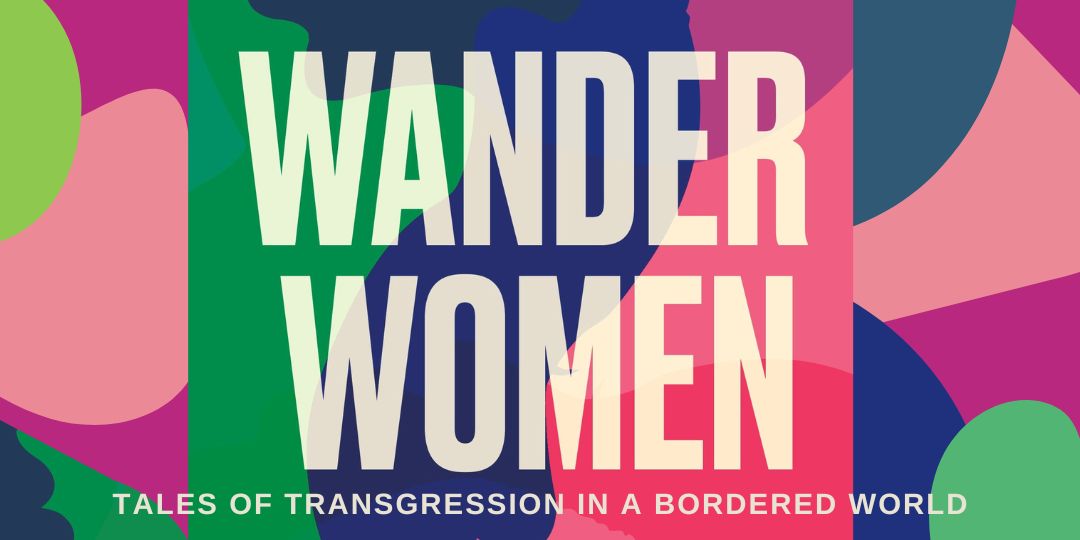 Governments’ decisions usually impact most on the lives of women and people of marginalised genders–yet their stories often go unheard. Wander Women unites tales of different journeys around the world and shines light on the boundaries and constraints–both physical and invisible, political and social–that mould the lives of cis women, trans people and gender-nonconforming individuals.

It is a huge honour to celebrate the launch of Wander Women with the two journalists who put it together. Alexandra Blanchard & Alex Howlett draw links between the gendering of migration and the policing of gender; between cities and borders that restrict mobility.

Those sharing their stories tell us what it is like to move through the world with a ‘threatening’ gender identity, the ‘wrong’ nationality, ‘transgressive’ politics, or a ‘disability’.

From the streets of London to the ruins of Syria, from Calais to Russia to Western Sahara, this book gathers voices of all ages–of pioneering activists and artists, matriarchs and mothers, politicians and humanitarians. They paint a picture of structural inequality, in which gender, movement and freedom have long been intertwined.

A current of warmth and resilience runs through and connects these extraordinary voices. They offer tales of resistance and determination, in a world that tries to deny many the right to make their own choices - we can't wait to shine a light on them.

One of the interviewees in Wander Women is called Alphare and she lives in Kakuma Refugee Camp in Kenya. Alphare left Uganda because she was persecuted because of her gender identity so she has been living in the refugee camps since the beginning of the year. She hopes to restart her life soon by moving to the capital city of Nairobi and enrolling at a university to study nursing. You can help make that possible by contributing to this crowdfunder: HERE.