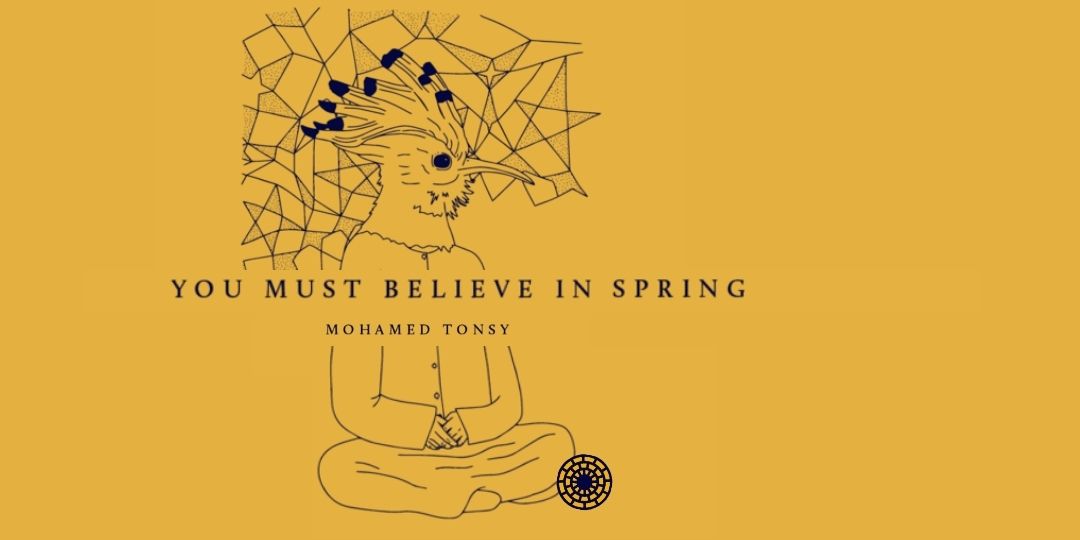 Who would protest in heaven?

It is an almost unspeakble joy to announce the launch of You Must Believe in Spring a debut novel by the wonderful Mohamed Tonsy, from the tremendous Hajar Press Join us for a night of heart-full, rebellious storytelling and discussion!

Twenty years after the revolution, a young Egyptian, Shahed, toes the line between the country’s two major factions: he is both a disciple of the national Sufi institute and a swimmer representing the Egyptian Armed Forces.

During a nationwide military lockdown, Shahed is called by the army on a mission—he must transfer Sheikh Nizam, a jailed Sufi saint, from prison to a soldiers’ barracks in the Sinai, where the sheikh is due to deliver a sermon. But alongside his official assignment, Shahed is engaged in a parallel operation on behalf of a rebel group to protest the army’s oppressive rule over Egypt.

Unsure of whom to trust, Shahed wades through murky tales of the past in a new utopia built for a privileged few. Navigating family history, childhood relationships and the weight of a country’s trauma, he grapples to find ways to revolt—for life and for freedom.

Mohamed Tonsy is a queer Egyptian writer and ceramicist. Formerly an architect and triathlete representing the Egyptian Triathlon Federation, he completed a PhD in Creative Writing at the University of Edinburgh. His writing has appeared in Mizna and Epoch Press and was shortlisted in MFest’s 2021 Short Story Competition. You Must Believe in Spring is his first novel.

title
You Must Believe in Spring
author
Tonsy, Mohamed