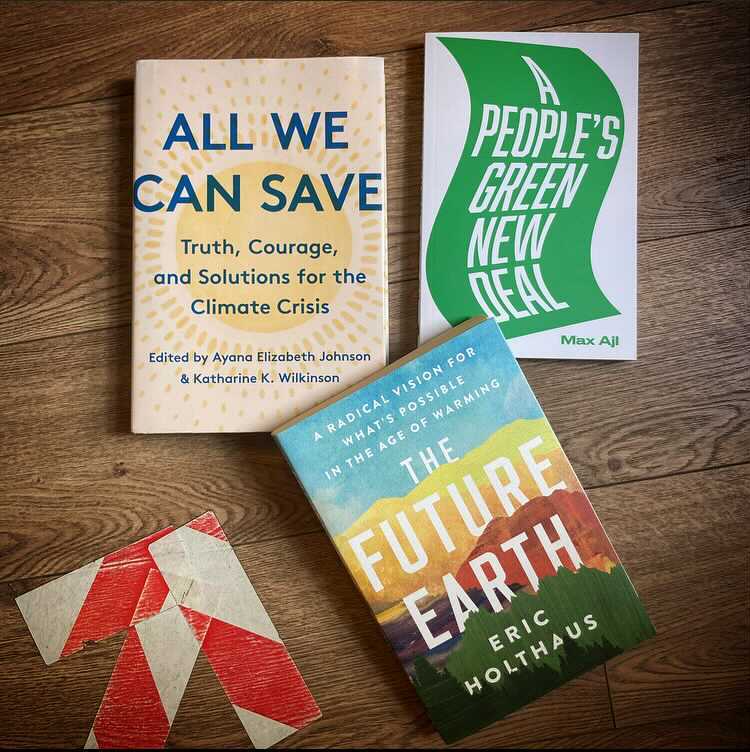 I’m writing this while watching a press conference for the latest report from the IPCC (Intergovernmental Panel on Climate Change), and I’m writing very quickly. It’s not my normal way, but then again nothing about this is normal.

I know that today, even though the coffees will still be served and the buses will still be running, someone’s grandmother will still be expecting a call, many of you will have your lives changed, all because of knowing what is already a fact. Averaged over the next 20 years, global temperature is expected to reach or exceed 1.5°C of warming; the Paris Agreement is unlikely to be met. Many in the climate justice movement suspected this, based on previous studies, and what’s more – people on the frontline of climate change have lived with the droughts, the floods and the wildfires for years already. This does not mean your fear isn’t real. It does mean you may have a choice.

Waking up to climate science involves grief, anger, much self-scrutiny, some more grief, a great deal of frustration but it can also – if we’re lucky and able to harness courage – involve community, inspiration and feeling very much alive. Since 2018, when another IPCC report changed my life, I’ve gone in and out of grief, but also experienced exhilarating, collective, life, and the feeling of doing the only thing that really makes sense for me to do.

In the last few months, with news coming in about extreme weather on a regular basis, more people in the Global North, who hadn’t previously been faced with such tangible evidence of the mess we’re in, have been pushed, or taken the leap, into real realisation of the climate crisis, and into the spiral of emotions that comes with this. I’ve noticed quite a few people around me jumping from the ‘before’ of – not denial exactly – but of not letting the knowledge of climate collapse into your life, to ‘there’s no point’ and ‘there’s absolutely nothing I can do’. It’s a two-second jump from disavowal to nihilism, which allows us to look the other way.

With today’s report, I suspect it will be very easy to throw yourself over that gap, from ‘it’s not that bad’ to ‘it’s too late’, which is why I’m writing this, with a live press conference in a different window. I use the word ‘easy’ deliberately, because I do think either extreme of certainty is easy – we’re human and we crave it. What really takes courage is to live with the uncertainty, to admit that your choices may make a difference, but that there’s not guarantee for how or how much.

In the last few years, I’ve taught myself a wee trick. Every time I feel like saying ‘it’s too late’, I force myself to be specific. Don’t be lazy, I think. If you’re going to give up, then at least tell me what you’re giving up on.

Too late for what? Is it too late to save millions of lives by halting fossil fuel extraction now and averting the very worst effects of global heating? Is it too late for opening our borders to people needing new homes, and taking responsibility for the UK’s hand in creating this? Is it too late for land reforms? Local food security? Or do I mean that it’s too late for me, personally, rather than someone else, somewhere else in the world? Specificity challenges easy answers and asks of me to step up. This is the meaning of 'every tenth of a degree counts'. Staying in the space between denial and nihilism takes courage because both extremes are easy, and neither hold the uncertainty of survival, of life.

Today may be a difficult day. As one of my favourite climate writers, Mary Annaïse Heglar (whose work is included in All We Can Save) tweeted a few days back, remember that: "1. Yes, it’s scary. 2. No, you’re not overreacting. 3. No, the fight is not over. 4. No, you’re not alone."

This is the time to do whatever you can do, to the best of your abilities, and to keep doing it. There are plenty of people, in flesh and in words, to journey with you, with. Some of them are represented below, full of courage, resilience and honesty. We will be here too. Let's throw everything at it.

title
The Future Earth : A Radical Vision for What's Possible in the Age of Warming
author
Holthaus, Eric

title
How to Blow Up a Pipeline : Learning to Fight in a World on Fire
author
Malm, Andreas

title
What White People Can Do Next : From Allyship to Coalition
author
Dabiri, Emma