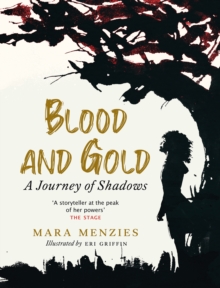 The stalls at the Fair include both radical and independent publishers - and it's great to be representing a number of terrific Scottish indies!

One of the bigger, more recognisable Scottish presses is Birlinn - based in Edinburgh, they identify themselves as 'built on traditions of the written and spoken word and is constantly looking to the future.'

It's a huge honour to host a launch for Blood and Gold, Mara Menzies debut, which Birlinn released just last month. It’s impossible not to be enchanted by Mara, whose gift for story has captivated us each time we’ve seen her take the stage - and now her magic is on the page it’s all the more enthralling!

Here are a few of the Birlinn books that will be on their book stall, illustrating the brilliant range - from pretty picture books to the phenomenal poetry of Jenni Fagan and Michael Pedersen, from history to fiction and beyond. And of course, this is just the tip of the list!

title
Riders on the Storm : The Climate Crisis and the Survival of Being
author
McIntosh, Alastair

title
Talking at the Gates : A Life of James Baldwin
author
Campbell, James

title
Way of the Wanderers : The Story of Travellers in Scotland
author
Smith, Jess

title
The Little House by the Sea
author
Blathwayt, Benedict