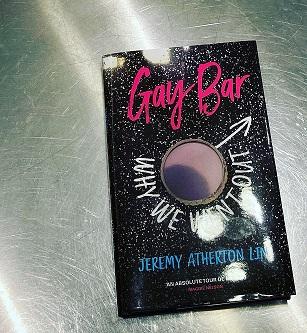 Like many in the community, I stayed up into the wee hours watching, and sobbing, though It’s a Sin. The intimate, joyful, heartbreaking TV portrayal of the AIDS and HIV epidemic in 1980s London, as experienced by one group of friends, and based on true stories. Screen celebrations of the queer community have a powerful cultural impact - shows like Pose have opened so many doors to LGBTQ history, and community.

Like any historical TV drama, It's A Sin is imperfect  - some glaring omissions (such as fact not a single HIV positive woman featured, and there was next to no trans representation ) are upsetting. But I hope that like Pride before it, the show will make room for new conversations about Britain's queer history, forgotten chapters, and enduring trauma.

I hope it makes space for reflection on persistent  prejudice and stigma. I hope it hold up a mirror to anti-trans activists inflicting on our trans siblings the lies used to persecute and stigmatize the gay community: that they are would-be sexual predators, deviants, unnatural and immoral, perverts.

If, like me, you want to spend a little more time in our history, here's a little further reading. And of course, do stay informed on where we are now - HIV Scotland for instance,  have loads of resources!

Through LGBT History Month (Feb) we donated 10% of sales from this category to HIV Scotland, please consider supporting them directly too.

title
Good As You : From Prejudice to Pride - 30 Years of Gay Britain
author
Flynn, Paul

title
How to Survive a Plague : The Story of How Activists and Scientists Tamed AIDS
author
France, David

title
A Nazi Word For A Nazi Thing
author
Mayer, So

title
Out of the Shadows : The Psychology of Gay Men's Lives
author
Odets, Walt

title
Living and Loving in the Age of AIDS : A memoir
author
Derek Frost

title
One of Them : From Albert Square to Parliament Square
author
Cashman, Michael

title
United Queerdom : From the Legends of the Gay Liberation Front to the Queers of Tomorrow
author
Glass, Dan

title
All the Young Men : How One Woman Risked It All To Care For The Dying
author
Burks, Ruth Coker

title
And the Band Played On : Politics, People, and the AIDS Epidemic
author
Shilts, Randy

title
Illness as Metaphor and AIDS and Its Metaphors
author
Sontag, Susan

title
Patient Zero and the Making of the AIDS Epidemic
author
McKay, Richard A.