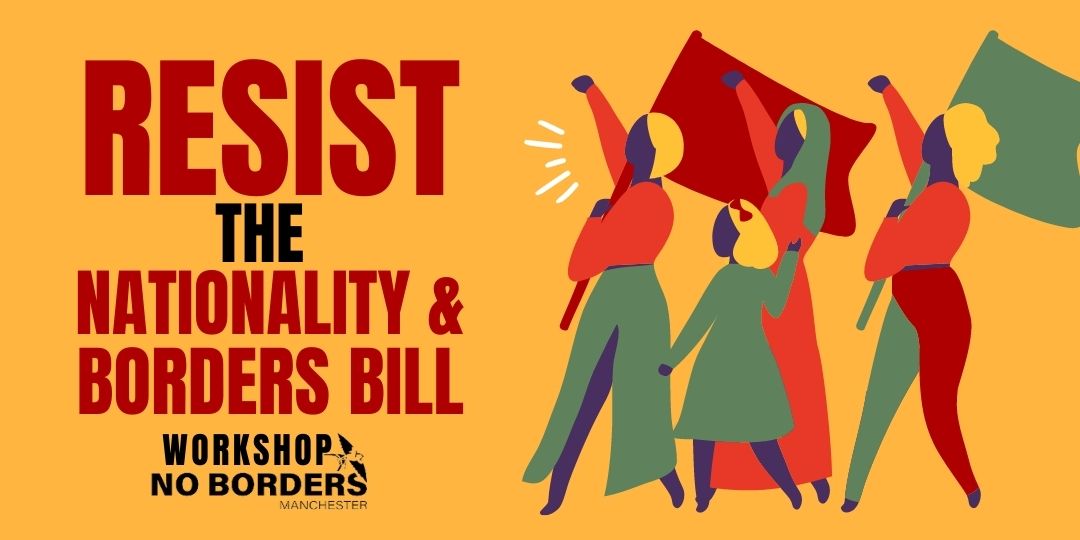 Come and learn about the new Nationality and Border bill. Be part of building a community of resistance.

The Nationality and Borders Bill works to cement the narrative on which the Conservatives sustain their power- the idea of ‘the Other’, of migrants coming to the UK and causing an economic meltdown. The Bill has been sold to the electorate as the final step in 'taking back control of our borders'. It has passed its second reading and is now in the Committee Stage.

During this virtual workshop, we'll hear from activists at No Borders Manchester, learn about the new bill and, together, envisage a community of resistance, both in protest, before the bill passes, and in active solidarity when it passes and is implemented.

No prior knowledge is needed to take part, but if you'd like to read a bit more about the bill and what it means, here's a blog which Maddie Wakeling from No Borders Manchester wrote for us. If you have any questions about the workshop, feel free to contact No Borders noborders@gmail.com or give us a shout at the shop.

Ticket vouchers are redeemable against ANY of the books on our Nationality and Borders Bill list, which illustrate the reality, and inhumanity, of border policies in the UK and Europe, but also point toward resistance and solidarity with migrants.