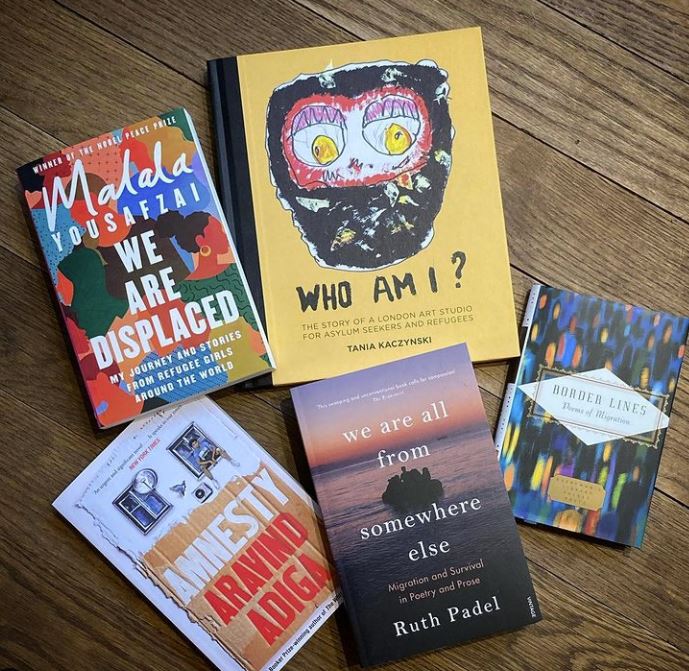 In this blog, Maddie Wakeling from No Borders Manchester tells us about the government's Nationality and Borders Bill, which recently passed its second reading in parliament, the many lives it puts at risk, and how to get involved in opposing it.

We're also co-hosting a virtual workshop on the bill, on Sep 16th, which you can sign up to HERE.

At the time of writing, it has been a week since the channel shipwreck in which an Eritrean man lost his life. The rising violence in Afghanistan has made front page news and yesterday Emmanuel Macron announced that Europe must ‘anticipate and protect (itself) against irregular migratory flows’ from the country, as thousands flee for safety. We also commemorate one year since Mercy Baguma, who was living in extreme poverty after the expiration of her leave to remain, was found dead next to her crying baby in Glasgow.

From the seas to the cities, year on year, border violence is constant. Deaths at the borders, in Calais and the Mediterranean, and lives lost to the invisible borders in the UK are not tragic accidents. They are the result of deliberate border policy. These are not one-off events, the consequence of individual decisions or choices, but part of a wider system of violent and racist border controls across Europe.

Into this context arrives the Nationality and Borders Bill, sold to the electorate as the final step in taking back control of our borders. It has passed its second reading and is now at the Committee Stage. The bill is abhorrent and its potential consequences are terrifying. The headlines are as follows…

You have to be physically in a country to claim asylum there. The 1951 refugee convention states that a person cannot be penalized for the way in which they enter acountry if they are coming to claim asylum. This Bill will make it a crime to arrive in the country without permission (e.g. a visa), effectively criminalising the act of seeking asylum. The change is undoubtedly designed to prosecute small-boat crossings from Calais.

The increased criminalization extends to individuals and organisations aiding people seeking safety. Helping someone will no longer have to be for financial gain for it to be a crime. This excludes groups who explicitly work to help people seeking safety (e.g. Help Refugees), but what about organisations whose aims do not include assisting asylum seekers – such as the Royal National Lifeboat Institution?

The bill divides people up into Group 1 and Group 2 refugees. Group 1 refugees will have come directly from a country where their life or freedom was threatened (difficult, as we are an island separated from most of the world by mainland Europe) and presented themselves without delay. Everyone else will be placed in Group 2. This will negatively impact the likelihood of someone receiving leave to remain as well as preventing them from accessing public funds during the process. Clause 11 also allows for differential provision of accommodation for people seeking asylum depending on the stage of their claim, and their compliance with various conditions. It looks as though camps like Napier Barracks could be used to punish people for their means of entry or their ‘compliance’.

The bill also gives provision for off-shore, Australia-style asylum processing. There is real danger in the removal of people from communities. We know what happens in detention centres and we can extrapolate from there the very real risks of camp or offshore accommodation. Sexual assault in the women’s detention center, Yarl’s Wood, was prolific and the perpetrators were never held accountable. Detention centers are hotbeds of exploitation where people are forced to work for £1 an hour, while private contractors profit. They are also sites of systemic neglect where people all too often lose their lives.

The chances of stopping this bill altogether are slim. The Conservatives have 363 seats to Labour’s 199. Our resistance has to focus on action now, in protest, while also looking to the future, and how we can take action in active solidarity when the bill passes through parliament and is implemented.

We need a huge community of resistance to stand against this bill and demand free movement for all. We’re currently running workshops in community spaces and with activist groups to give more in-depth information about the contents of the bill and facilitate conversation where we can begin to envisage our resistance.

To get involved with No Borders, or for more information on their campaigns and actions, contact noborders@gmail.com.

On Thursday 2nd September, there's a peaceful protest outside the Scottish Parliament against the new bill. You can find the details HERE and join some of the Lighthouse family at the demo.

Below, you'll find a list of books which, in a variety of ways, illustrate the inhumanity of border controls, their history in the UK, and give voice to the human stories behind migration.

title
Hope Not Fear : Finding My Way from Refugee to Filmmaker, to NHS Hospital Cleaner and Activist
author
Hassan Akkad

title
Free to Be Me : Refugee Stories from the Lesbian Immigration Support Group
author
Traies, Jane