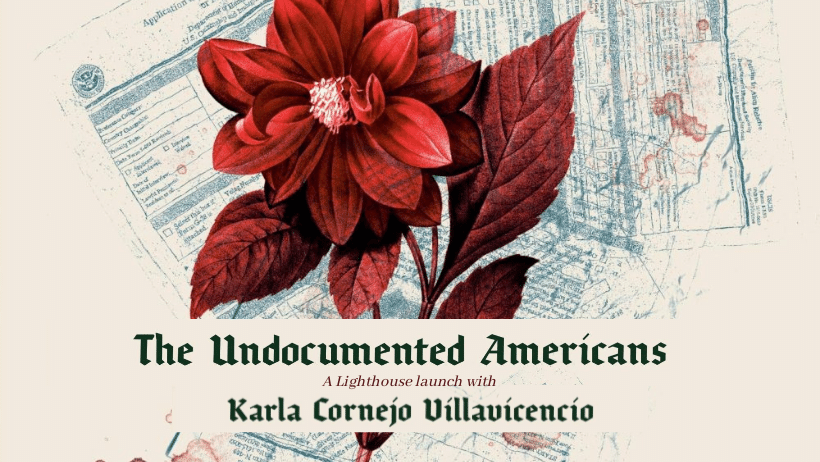 ‘Punk and dazzling and so remarkably human ... like watching firecrackers go off’ - Jia Tolentino

'The Undocumented Americans is, in many ways, a memoir—“a high-energy imaging of trauma brain,” in her words—but it’s also an indictment of the hypocrisies of a system that makes and keeps the undocumented ill, both physically and psychologically. As she diverges from reportage into creative nonfiction, she also gestures toward what might be called “magical journalism,” an approach appropriate to documenting the surreal inconsistencies of the undocumented condition.'

It is a huge privilege and a rare opportunity offered by new virtual connections, to be able to host the writer and journalist Karla Cornejo Villavicencio for a Scottish launch of The Undocumented Americans.

As our own governement doubles down on its hostile environment, we take this opportunity to reflect on the human impact of borders, on the arbitrary lines that cleave dreams and families by encountering America's undocumented peoples.

THE UNDOCUMENTED AMERICANS is a deeply personal, unconventional work of reportage. Forceful, relentless, tender and often hilarious, Villavicencio’s uncompromising, charismatic prose is unforgettable, giving voice to the undocumented Americans like her.